Much Ado About Relationships Part Two 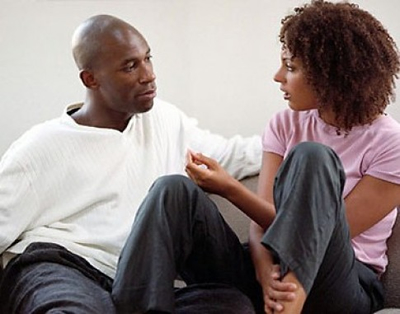 Knowing this to be so, it will appear that the solution is to bring together, people that share commonalities. True, but that is also the difficult part, because it is not easy, if not impossible, to find someone who is everything you want: a complete match. A perfect match is not made, but achieved. There must be some sacrifices here and there to have proper accommodation of each otherís values. For instance, some men would not be seen with a woman taller than them. To others, it does not matter. Some men do not have it for big, obese, fat women. To others, the extra luggage is the thing! An average man does not joke about food and so while some will prefer a woman who can cook well, others donít care where the food comes from. ìTake-outsî are just fine by them. The educational status of a woman does not matter to some men while with others, it is an issue. The list is long and is as varied as the persons involved.

Successful matching therefore will begin with a thorough understanding of who you are. Know what you like and do not like and to what degree. Remember I said something earlier about making sacrifices? This is where the degree of likeness or dislike for a thing or behavior kicks in. There are some things you merely like to see, eat or do. If you canít have them, it is not a big deal. Life goes on. However, there are other things you cannot compromise on. It is proper, necessary and important that you know what these things are so that when it comes to the give and take session, you know what to sacrifice. Do not be fooled into thinking that you will get along without it somehow. You will not, and these are the things that will eventually kill the relationship. It is possible that you hear people say to you things like, marriage is about managing things; there is no such thing as a perfect partner. True that may be, but is marriage designed to be hell on earth? A lot of people are going through tough, difficult times in their relationships, not due to the normal course of living, but as a result of the stress of living with their companions. Incompatibility is a serious cause for concern in relationships due to the effects it has later on in the relationships. Most of the time, the signs were there that it wasnít going to work, but they were ignored in the hope that things will eventually work out. Some people go as far as telling you that it is by faith! Every relationship has its problems, but donít walk into avoidable problems with your eyes wide open. Conventional wisdom dictates that you should avoid the avoidable ones from the onset. That can save a lot of heart aches later.

Even though it is not all the time, the law of attraction does intervene in the matching process. There have been times you look at some couples and they appear to be odd; each otherís opposite in terms of behavior and even character. While one may be so gentle and conservative, the other would be loud and wild. However, these are not so common occurrences. It is more expected that a person looking for a partner would be more interested in a spouse whose qualities would compliment his/hers. This makes it more conventional that ìbirds of the same feathers should flock together.î Apart from this, I have come across cases where two people would meet and inadvertently enter into a relationship based on ìintuitionî, ìreflexî, ìhunchî and what have you. Whether for good or bad, positively or negatively, couples do match-up and people say this about them. They make comments like, they are just right for each other. Heard that before?

For this reason, and if this logic would hold, I would want to be the best I can be so I can attract a person with similar virtues and values. I would want to get my priorities right by aspiring to be the person God wants me to be; not just who I would like to be. I would also dedicate myself to discipline and integrity; making sure everywhere I go, I would be noted as a quality person, dedicated to whatever cause I choose. After all, God expects me to do everything I do with all my might and well too (Eccl. 9:10). Jesus had a testimony that He did all things well here on earth. I want to be like that too. I would realize that I am representing God and the heavens here on earth. Whatever my achievements would be in this life, I am answerable to God and would ultimately give an account of my stewardship here on earth. These are some of the principles that I believe should guide a godly person. God is faithful. He knows how to deliver the righteous from the evil days and from the snare of the fowler. It is possible that you have been in this relationship with this person that you thought you loved so much, and just when things were looking up and ìthe dayî was approaching, s/he suddenly turned a stranger or eloped outright. You canít understand it and it was like your world was coming down. That could be Godís way of preserving you from an impending disaster! If we only knew what God was doing on our behalf sometimes, we would praise Him for the stuffs we go through rather than blame Him.