Signs He Doesnâ€™t View You As a â€œSeriousâ€ Girlfriend 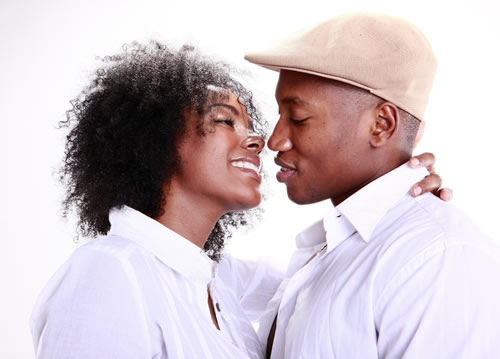 If you have been dating him for a couple of months but arenâ€™t sure where your relationship stands it can be incredibly frustrating. It is probably starting to feel like you two are a couple, but you donâ€™t know if he is dating other people, and if so, maybe you should be seeing what else is out there, (at least thatâ€™s what the voice in the back of your mind keeps telling you.) If the uncertainty is starting to eat away at you, and youâ€™re unsure if he really views you as serious girlfriend material or not, just look out for these clues.

1. You Havenâ€™t Met His Friends and Family

After a couple of months of dating, you really should have met at least a few of the important people in his life. If he is drawing a distinct line between you and his friends and family, something is up and it is probably not good. You shouldnâ€™t expect to immediately be invited over for a formal family dinner, but he should be starting to include you in progressively more aspects of his life as time goes on. A few guysâ€™ nights out are one thing, but itâ€™s a definite red flag if you have never even laid eyes on his friends and especially his family.

2. You Arenâ€™t Getting Invitations

Most people have some type of event at least once a month. Whether it is a work dinner or a friendâ€™s birthday party, he is probably getting some invites. If you are a major part of his life, he will probably invite you to come along with him. If you are in a serious relationship, he has probably been talking about you to the important people in his life. Eventually, those people would want to meet you and will ask him to invite you. If this isnâ€™t happening, he isnâ€™t talking about you.

3. Your Schedule Is Very Restricted

If he is always avoiding making long-term plans, there is a definite issue. There is no reason to be planning next year if you have only been together a couple of months, but he should at least be able to plan for things a few weeks ahead. If he canâ€™t, look out. He is either commitment phobic, or he doesnâ€™t see you in his future. In general, people spend their time on things that they care about. You can probably get a pretty good idea of what is important to him by looking at how he spends his time. If you are a big part of his life, you will also be a big part of his schedule. If your time together is restricted to weekdays, and he spends his weekend doing something else, with someone else, thereâ€™s a problem.

4. He Is Shy About Labels

The best way to know the status of your relationship is to talk about it with him. If he says that he doesnâ€™t like labeling things, get up and walk out. Delete his phone number on your trip home. That might be a bit extreme, but that is lousy communication on his part. If you want a serious relationship and all he can talk about is his discomfort with relationships, this probably isnâ€™t going to end well. Do give him some time, but make sure that he has the same relationship goals as you.

Please enter your comments here:hi
Posted by mary580 on Feb 11 2022 @21:57
Love is not about finding the right person, but creating a right relationship. It's not about how much love you have in the beginning but how much love you build till the end. And also i believe The seed of greatness in a man begins to blossom when the right woman is there to water it. Interested woman that is real and looking for serious relationship text me first 08118176319
Posted by walelondon is for re on Aug 07 2019 @13:30
I know it is not all relationships that leads to the altar, but some few bitter truths should be pointed out.
Most men are very eager to start a relationship but never ready to manage one. The woman is more at disadvantage than the man, if he chooses to drag the relationship for as long as he wants, then it favours him, but does not favour the woman. I do not understand why men keep saying things like pressure in a relationship. Is it when it gets to meeting your family or marriage that pressure comes in?
It is always good to let your partner know how you feel early enough without commitments rather than tie her down and leave her later. If we can be fair with each other in relationships then we wont have single parents everywhere. Remember NO ONE IS PERFECT. those who hurt others sometimes end up meeting worse partners in the long run. I call that KARMA. All you have to do is express your feelings early enough.
Posted by kinky2000 on May 28 2019 @11:48
Calm down. A man can tick all of the points but that still guarantees nothing. I don't know but what's happened to being spontaneous, having an honest and mature getting to know each other..honest conversation.
I find that most women ain't patient and resilient anymore. Yes! Most men don't like relationship pressure. Dating times should be happy and fun and not some stereotypes.
You got your man if you are honest and intelligent. Everything fits in if it's real. Taking you to mum n dad as well as mates , good as they sound isn't going to change that I found love or not. Ladies be honest, intelligent and show lots and lots of self esteem. And we will all be fine. Couple of months isn't enough to know me.