How to Keep Him Insanely Addicted to You 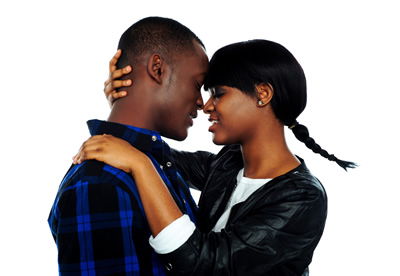 Weâ€™ve reached the shockingly defining moment in our era, where many women have easily experienced a guy who would have an amazing night with them, and tell them just how great they wereâ€¦. only to never call back after.

Gone are the days where men spent weeks, months, and even years chasing down a woman or trying to get her attention.

Instead, we find, almost comically, that women instead have taken over the role of the chasers, in a desperate bid to garner even just a tiny amount of affection. And of course, nobody could blame a woman for practically hunting down and clamping onto a man in this day and age, where the average attention span of an adult has now reached a mere 3 seconds.

To put it bluntlyâ€¦.a goldfish has a longer attention span now than the average modern man.

But we canâ€™t exactly blame the guys either. You have to keep in mind the fact that they are constantly being bombarded with ads, and images and peer pressure to move onto the next bigger or better thing.

Thereâ€™s even constant pressure, now more than ever even for women too, to be 5 lbs lighter, have teeth just two shades whiter, dress just a little bit better, style your hair just a little bit more fullerâ€¦. The list goes on and on and never seems to end.

It can be extremely frustrating, especially when this reality takes over your love life, with men who also appear to be looking for the next best thing, and with guys who canâ€™t seem to stay on the same page for too long, especially when it comes to love.

Itâ€™s at this point that something has to giveâ€¦.or change. Obviously, you canâ€™t continue attempting relationship after relationship with a guy who runs around like a zebra from a lion in his love life.

And obviously, you canâ€™t constantly be forced to feel like youâ€™re never going to be loved the way you need and deserve from a man because love is in such short supply.

But this, obviously, is where I come in with a very easy and quick solution, because the problem you are facingâ€¦.the one where you struggle to get a man to love you whole heartedly, is a problem that can be easily fixed.

The key is to use the Moving Target Method.

I hope that by now, if youâ€™ve read this far, youâ€™ve been having a little â€˜ahaâ€™ kind of moment going on in your head, and even if not, I promise you that youâ€™re about to, because thereâ€™s one simple fact that Iâ€™ve already revealed to you that will play an important role moving forward.

What fact is that?

The fact that men struggle to keep their attention on one thing for very long.

But the secret key to this fact, that you must remember is this:

Men actually ONLY STRUGGLE to keep their attention on you, ONLY IF thereâ€™s not enough motivation.

So what does that mean exactly?

It means this: if you can create enough interest or enough motivation inside a manâ€¦. Heâ€™ll become drawn to you like bees to honey.

Thus, the key to truly igniting a manâ€™s passion toward you, or igniting any true emotional reaction from a man is to know exactly how to keep his attention sustained indefinitely on you.

Knowing how to do that is as simple as understanding a manâ€™s core motivations.

By now youâ€™ve probably noticed that many men of the modern era donâ€™t like to settle down for too long. They might go on a date with a woman, and even have a great time- but still be out the next night, looking again for something new or exciting.

And even married men are guilty of â€˜replacingâ€™ their wives with other hobbies or activities that get their interest, almost reducing their women to an invisible entity.

So the key is that men CAN and WILL become almost laser focused toward something, as long as they feel motivated. Thus learning why they become motivated is your ultimate key to truly capturing his heart.

So what motivates men then? What makes them tick? How do you get a man excited toward you more permanently?

Ultimately, men become motivated when they are challenged, or when something presents itself as a CONTINUOUSLY EMOTIONALLY REWARDING reality for him.

To best explain this, I want you to think about the most stereotypical hobbies that men have. Things like fast paced cars speeding down a road, action packed movies, and intensely graphic video games might come to mind.

What could possibly motivate a man to want to see that, be a part of it, or be taking part in that over and over again?

Well, the answer is in how it makes him feel.

Fast paced cars and explosive action packed movie sequences all have one very simple thing in commonâ€¦. Itâ€™s adrenaline inducing. Itâ€™s got a thrill to it. Thereâ€™s an emotional buildup happening each and every time a man takes part in something like that.

Itâ€™s that emotional buildup that men are craving, and become addicted to â€“ and they will easily and willingly partake in any activity that they feel will reward them in this exact way.

Men can easily feel this buildup around women, but the problem is that most women donâ€™t know how to sustain that buildup.

Simply put; most women actually donâ€™t know how to keep a man emotionally wound up over long periods of time, and thus men move on looking for the next thing that will do that for them.

Now before you go blaming men for being so damn weird about their emotions, and before you go thinking â€œwell why do I have to do all the work all the timeâ€¦why is it always my jobâ€â€¦ thereâ€™s one thing you must understand about men, that will make this a lot easier for you in the future.

Men donâ€™t get the same feeling, like you do, from connecting with people through talking and sharing their emotions.

You feel better when you are close to someone, sharing your deepest secretsâ€¦ men however, actually feel weird doing that.

That is, unless, you can prove to them that itâ€™s emotionally rewarding and that a buildup of positive intense emotions is going to take place.

So, the key is to learn how to create the buildup, and the Moving Target Method of course, will show you how to do that.

So how does The Moving Target Method it work?

Step #1: Shower Him With Attention For A Short Period.

Step #2: Cut Off The Attention.

This may sound extremely simple, but keep in mind your goal is to create the emotional buildup, to get the explosive reaction of intense attraction you are seeking.

Without the buildup, what will happen is this:

Youâ€™ll shower him with attention. Heâ€™ll enjoy it. But then heâ€™ll grow bored, and wonder â€œwhatâ€™s nextâ€.

You end up stuck on level 1 when you intended to be moving along with this man to level 12.

So the key to getting a man to BECOME insanely addicted is to give him a little piece of the pie, but to challenge him to work for the rest.

Think of it like nourishment. Can you survive for the next 50 years, on one apple?

Would you want to just have one apple for the next 50 years either?

Even if you couldâ€¦.WOULD you?

It works the same way here. You build up the tension and desire by giving him a little bit of something heâ€™s already interested inâ€¦.which is you.

Men DO want to have a womanâ€™s attention and time, but they just canâ€™t connect with it, if it comes too easily.

Men want to feel like theyâ€™re earning it, which is exactly what step #2 accomplishes, by removing his rights and forcing him to push and pull for the right to have you back.

Thatâ€™s not to say that you have to go so crazy with this technique that he doesnâ€™t feel like anything would work, but itâ€™s rather to say that doing this in little ways each day is the ultimate key. Just like a man does on his own when you watch him.

He thrill seeks in little ways each day to feel emotionally satisfied.

The key, therefore, to keeping him hooked in the long run is to do exactly that: give him little bursts of pushes and pullsâ€¦.become the â€œMoving Targetâ€.

You see something very interesting happens when you understand the buildup process, and when you become a moving target for him. You create a chase, and this chase creates an intense attraction buildup inside of a man.

This happens because first, you confuse him, thus creating anticipation of the unexpected, and secondly because you donâ€™t allow him to take you for granted.

Heâ€™s not certain if youâ€™re running away, and any minute he feels like this might be a loss, itâ€™s no longer a positive emotional experience for him to allow you to leave. So instead, heâ€™ll see it as rewarding to work to get your attention back.

And thus you form a circle of attraction, wherein he rewards you, and you reward him accordingly as you move forward or backward according to his reactions, moving like a Yin and Yang.

The key now is to know how to implement the Moving Target technique.

You do this by using the right set of attention-grabbing hooks and pulls, and by carefully releasing those hooks to keep him coming back for more.

But now the big question is, How do you implement the Moving Target technique to have a man feel intensely attracted to you, and have that attraction only build and become stronger over time?

Answering the â€œhowâ€ is actually surprisingly simple, but you want to be careful in knowing just what to say and do to get his attention on you intensely enough to create this reaction to begin with.

Thankfully thereâ€™s a very easy explanation, which will show you exactly how to amplify his attraction toward you, to create the perfect tension build up between you and a man.

why are men flirting around when they have wife and children to charter for
Posted by mercy eze on Jun 16 2017 @09:55

HI FRIENDS AM NEW HERE and I need someone to talk with am lonely,ever
since i had a broke up in my relationship, a searching for a strong and firm date,i am 24 of age,and i ready to date from my age to 47 i hope i find that special one that i will love dearly and keep up with love without boarders,am waiting to hear from you soonest
Posted by zitere1234 on Apr 15 2017 @15:13